Home
Carnival Fun
Cruise Experience
So, you want to be an entertainer on a Carnival cruise ship?
Prev Article Next Article

Just how do you get a job as an entertainer on a Carnival ship? We talk to Cruise Director Chloe Loddo, who hails from Gibraltar, about the ins and outs. 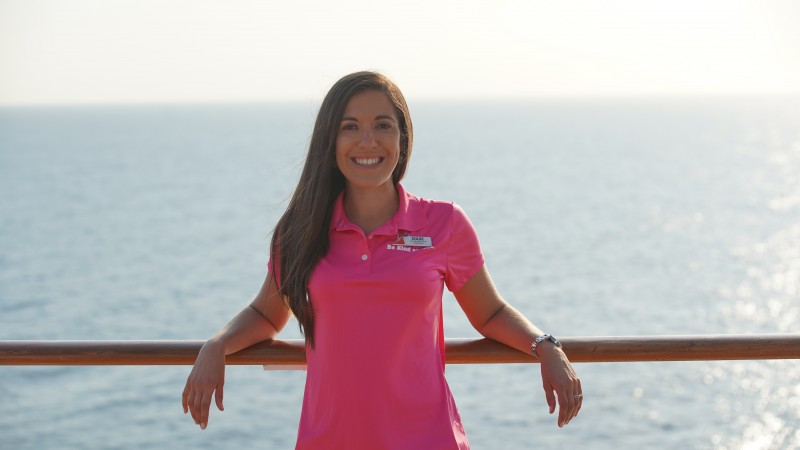 How did you begin working with Carnival?
I was doing my final year of an English and drama degree at university. I applied to Carnival to be a Fun Squad member. I applied because my husband was also working on ships at that time, as a dancer in the shows. I did an audition in London and I got the job the same day. I was basically on board a ship 10 minutes after I graduated from university.

What is your main role as a Cruise Director?
I host all the main events on the ship, and I train and mentor younger hosts who might want to become a future Cruise Director or Entertainment Director, depending on what road they want to go down.

What’s the selection process if you want to get a job on a Carnival ship as an entertainer?
It depends a little on what you do. If you’re a performer or musician, you go to a live audition – these are usually posted on carnivalentertainment.com. You can also send in a show reel, showcasing your best songs, to the website. But a lot of people prefer to go to a live audition because you get more of a feel for the job. For the Fun Squad, you do an audition. You may be asked to present a game show: you learn the script and do it in your interview. It’s a pretty cool audition process. 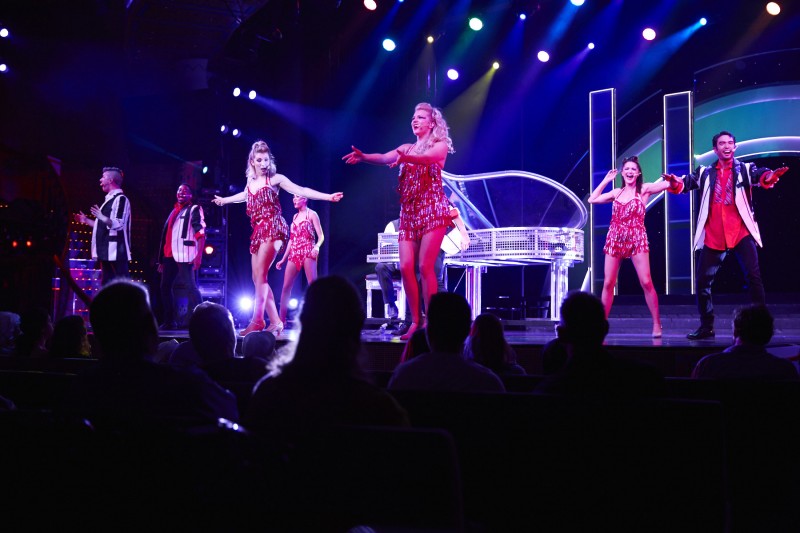 Do lots and lots of people apply?
They do! I observed an audition in London at Pineapple Studios and you’re talking hundreds of people. I mean, there are so many performers and musicians out there so it’s very, very competitive for sure.

What is the appeal of working on a cruise ship as an entertainer?
People are drawn for different reasons like travelling. Working on a ship as a performer can also be more beneficial financially than on land.

You must meet so many people…
I have made so many amazing friends over the years. Different cultures, different backgrounds. It’s brilliant. That’s why I do it now, because of the people.

What kind of personal attributes are you looking for?
You definitely have to like people, that’s a big thing. Especially because you are in such a close working environment. You live where you work. You go to work on land and you go home at the end of the day and maybe you have the weekend off. This is 24/7. 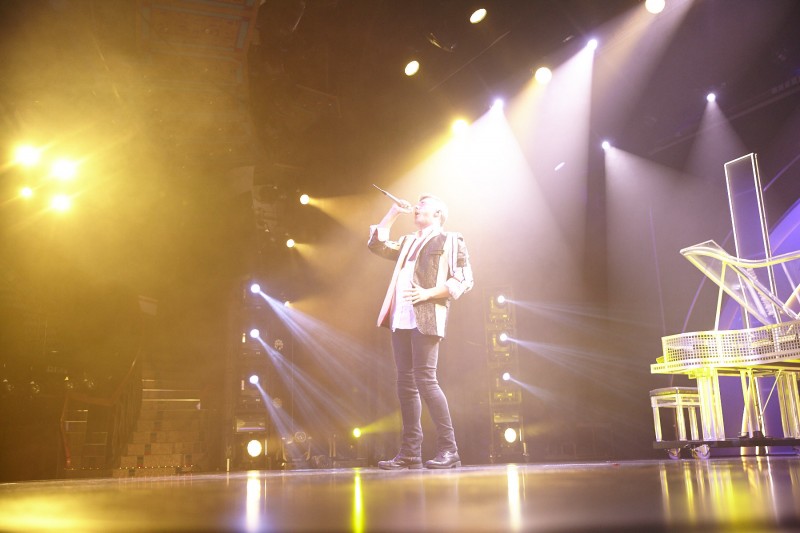 Do you find that once that people are working here, they tend to stay?
I always say that ship life is so addictive. You think, ‘Oh, I’ll just do one contract, travel a bit, save some money and then I’ll get a real job on land.’ And yet here I am eight years later. I was doing one contract and I’m still here.

Do you think people are surprised by how good the shows are on board?
I’ve had people go, “Oh my gosh, that’s the best show I’ve ever seen!” We have such talented performers – they are Broadway calibre. It’s really, really cool.

Do you have a favourite show?
One of our Playlist Productions shows, Epic Rock, is fantastic. It’s just great music: Queen, Led Zeppelin, all the classic ’70s-era rock. It’s very powerful: it kind of punches you in the gut in a good way. I do get really emotional during our shows, especially when you see a cast that really lives the performance. 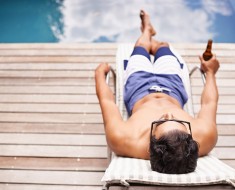 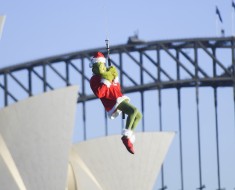 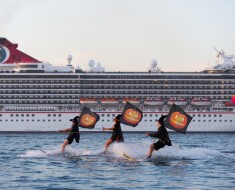