Family holidays with teenagers might seem like a recipe for disaster. But take a teen on a cruise and they might even thank you for it…

It can feel like one day they’re sweet children who tell you all their secrets and the next they’re sullen teenagers who don’t want to be seen with you. As children get older, it can be hard to plan a family holiday they will enjoy. But step on board a Carnival cruise and even the most troublesome teen will be charmed. 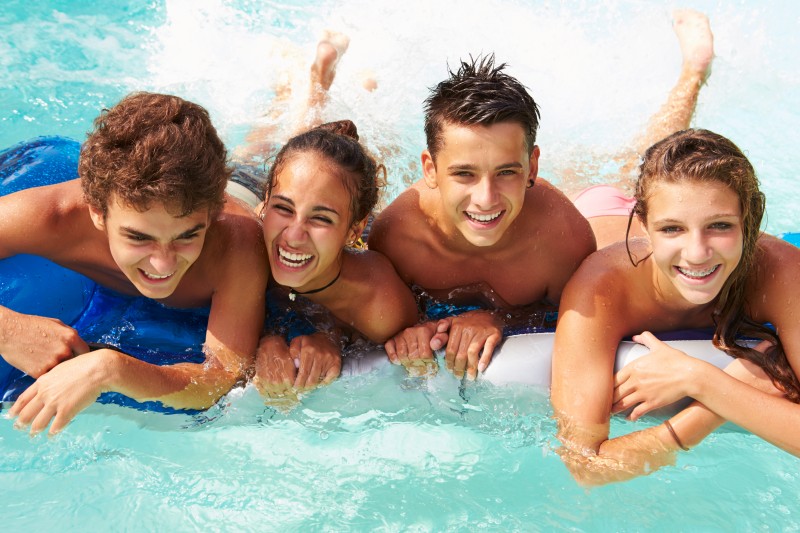 Teenagers like to think of themselves as adults, which means they are looking for freedom. On a cruise, you can let them have a level of independence that’s just not possible on land. Parents can feel confident letting their teens explore on their own – they can’t get lost, there are crew everywhere and there’s no chance they’ll get bored. You probably won’t even see them until dinner.

The most common words out of a teenager’s mouth seem to be, “I’m hungry”. On a cruise, they can eat as much as they need to, with a selection of options open 24/7. They can get pancakes made to order in the restaurant for breakfast, fill up on poolside tacos at lunch and have a dessert bonus every night at dinner. For all those in-between times, there’s ice cream, pizza and grilled sandwiches, available onboard.

Say the words “kids’ club” to a teenager and you’re likely to be met with an eye roll. But on board a Carnival ship, they’ll be happy to go back every day. Younger teens (aged 12 to 14) can head to Circle C while the older crowd (15 to 17) can hang out in Club 02. They’ll make lots of new friends and spend their days playing games, watching movies, singing karaoke and having pool parties. One of the great things about travelling is that it takes kids away from their ever-present screens. Once on board, they’re going to want to spend plenty of time outside. They can scream their lungs out on the slides at Carnival WaterWorks™, especially on Green Thunder – the steepest and fastest waterslide at sea. Teens can also play in organised basketball and dodgeball tournaments, challenge each other at foosball and ping-pong, or tee off at mini-golf. They won’t even have time to miss their smartphones.

The rules get relaxed when you’re on holiday, so your kids won’t want to go to bed early. And they probably don’t want to hang out with their parents, either. While the grown-ups are watching a show or enjoying a few cocktails, the teens can be dancing at a disco, watching a movie by the pool or playing games in the video arcade. They’ll get to have a fun night with loads of other teenagers on board and you can relax knowing that they can’t get into trouble.