Edged by the Americas, and sprinkled with more than 7000 islands, the Caribbean is a wonderfully diverse region that both lives up to – and bucks – stereotypes. Cruising the region with Carnival, you can certainly find the Caribbean of your imagination (those dreamy white-sand beaches lined with coconut trees, tickled by turquoise seas and peopled with friendly rum, reggae and cricket-loving folk). Yet surprises also await in Carnival’s myriad ports of call. Roam monkey-riddled jungles, glimpse smoking volcanoes and peruse heritage sites crafted by Mayans, Europeans and Afro-Caribbeans. If you don’t know your Aruba from your Antigua, be sure to read on. It will help you decide which chunk of this enthralling part of the world is for you.

Western Caribbean
Offering a blend of mainland and offshore draws, Carnival’s Western Caribbean cruises span destinations as varied as The Bahamas and Costa Rica, Jamaica and Honduras. One day you can be diving or snorkelling with tropical fish, rays and sharks on the 1000km-long Mesoamerican Reef; the next, whooshing through steamy rainforests on ziplines, mountain bikes and ATVs (all-terrain vehicles). The region’s ancient Mayan ruins provide some of the most enriching cultural experiences. Indulge your inner Indiana Jones or Lara Croft at the Xunantunich archaeological complex in Belize, or head to Mexico’s Yucatan peninsula to take in the sun-baked pyramids of Chichen Itza and postcard-perfect Tulum, which teeters by clifftops against a mesmerising backdrop of sapphire seas. Other western Caribbean highlights worth writing home about include swimming with green sea turtles in a Grand Cayman lagoon and discovering the life and times of Bob Marley in Jamaica. On an unforgettable excursion aboard a hand-painted bus, you’ll sip rum punch and listen to timeless reggae tunes as your dreadlocked driver transports you to Marley’s old hangouts, including the town of Nine Mile, where he was born and buried and where the Rastafarian lifestyle endures. Any hunger pangs will be eased by a lunch of jerk chicken, pork, rice and peas.

Eastern Caribbean
Many ports in Carnival’s southern Caribbean cruises – including most of the above – also feature in some of its eastern Caribbean itineraries. Another alluring destination to straddle both regions is Fort-de-France, capital of Martinique, an overseas French territory dubbed “The Island of Flowers”. Top attractions here include Balata Gardens, which flaunt some 3000 varieties of tropical plants, and St Pierre, a town partially rebuilt after being destroyed by a volcanic eruption in 1902. Volcanoes – some extinct, others dormant – lace the eastern Caribbean’s lush, mountainous islands, with their verdant landscapes fertile ground for exhilarating excursions. Martinique is a great place for jungle hikes, and so, too, are St Lucia, Antigua and St Kitts, former British colonies where you can also go ziplining through the rainforest. A more relaxing way to explore St Kitts is on a combined rail-and-sail adventure. Take a scenic train journey past sugarcane fields and once-thriving plantations, farms and sleepy villages, before sailing around the island’s coastline, viewing, from afar, Brimstone Hill Fortress, a mighty relic of colonial rule built, largely, by African slaves. If there’s one island that perhaps best encapsulates the Caribbean’s cosmopolitan nature it’s St Maarten. One half is Dutch, the other French, and you can discover what makes it tick on an island-wide tour that showcases its succulent seafood, “Caribbean impressionist” art and steel pan music. Alternatively, take a boat trip and snorkel cruise around Maho Bay, where you can watch low-flying planes landing, and taking off, at St Maarten’s iconic beachside airport. The aircrafts’ blasts have been known to knock beachgoers’ hats off. So hold on tight!

Southern Caribbean
Whether you’re gallivanting around the gorgeous Spanish-flavoured cobblestone streets of Santo Domingo or Cartagena, or hopping between the colourful, Dutch-run ABC islands (Aruba, Bonaire and Curaçao), the southern Caribbean’s melting-pot heritage never ceases to thrill. Many Carnival cruises include San Juan, Puerto Rico’s exuberant, salsa music-loving port capital, where you can take anecdote-rich tours around magnificent old fortresses that protected the city from pirate attacks. On St Thomas, one of the neighbouring US Virgin Islands, you can visit Blackbeard’s Castle – a 17th century, Danish-built watchtower that became the lair of perhaps the most infamous pirate of all, Edward “Blackbeard” Teach. You may prefer to raid St Thomas’ duty-free shops for souvenirs, or navigate its calm, crystal-clear waters on catamaran trips that ply secret coves and bays. There’s a string of appealing aquatic activities in beach-blessed Barbados, another key stop on Carnival’s southern Caribbean cruises. View magical coral reefs and shipwreck sites from inside an Atlantis submarine, sail and snorkel with green and hawksbill turtles or enjoy a fun-filled Jolly Roger pirate party cruise. Barbados boasts lots of land-based draws, too. A British colony for more than 300 years, it’s studded with historic sites, such as Mount Gay, the world’s longest-running rum distillery (it dates back to 1703). On informative tours with affable Bajans (as the islanders are called), you can sample its various tipples with typical local snacks like codfish cakes. 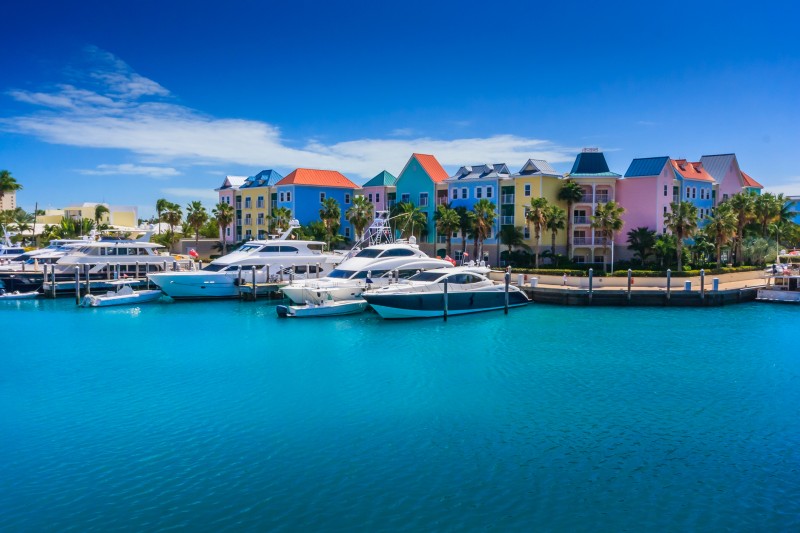 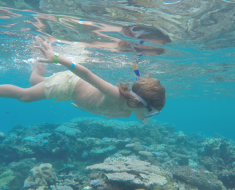 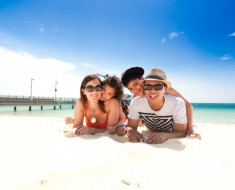 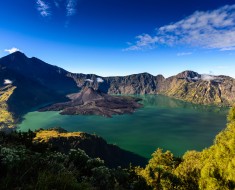