October 31 is creeping closer. Here are eight great ideas to set the scene for celebrations this Halloween

Whether your style is a light-on-fright pumpkin patch for small kiddies or a (fake) house of horrors, it couldn’t be easier to gear up your home for a ghastly good time. The following ideas are easy to implement with just a few props and lashings of creativity. Let your imagination run wild and get ready for a spook-tacular night!

1. Spooky buffet
Set up your table like a cabinet of curiosities, with tablecloths of velvet and ripped tulle topped with treats: think sweets in a fake skull and tasty morsels under glass cloches. Vintage apothecary jars can be used for premixed cocktails or lollies – make (or download) your own labels with appropriately gruesome names. Black candles in candelabras will add to the ambiance. 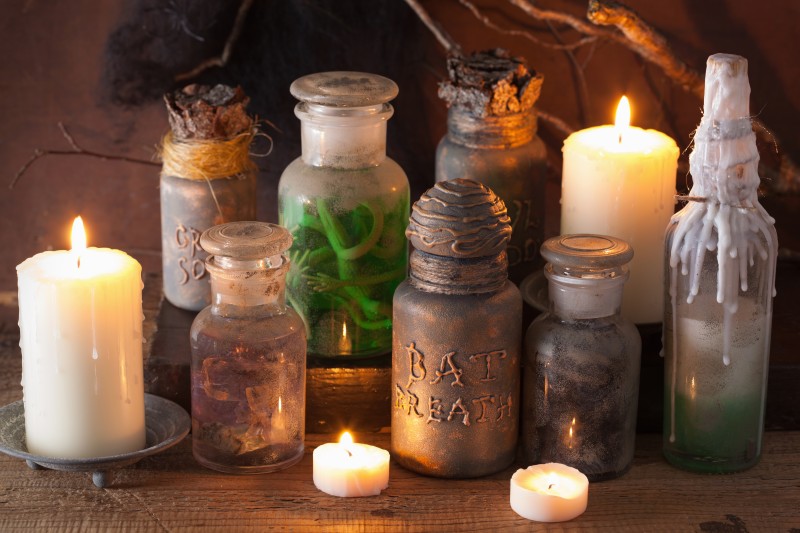 2. Good gourd
Nothing says Halloween like a display of pumpkins – no matter what hemisphere and season you’re in. Cluster gourds in a range of shapes and sizes, carve out faces and fill with LED candles for a fire-safe alternative to flames. You can turn the leftovers into pumpkin soup (throw some sweet potato into the pot for an extra kick or roast the pumpkin first for a lovely, caramelised flavour) or make a salad with roast pumpkin, roast tomatoes, toasted pine nuts, rocket, parmesan and asparagus. If you’re not so handy with a knife, try sourcing small pumpkins, spray-painting them white and using a black marker to draw on eye cavities and mouths.

3. Weird science
Bring out the Bunsen burners! Create a laboratory, where science meets science fiction, with a buffet of cocktails in beakers and test tubes, and jelly set in Petri dishes. Set the scene with fake brains (try eBay or prop stores) suspended in yellow-tinted liquid. Use oversized chemistry flasks to hold flowers, and make sure someone dresses up Frankenstein’s lab assistant Igor, who will make a humble-but-creepy drinks waiter. 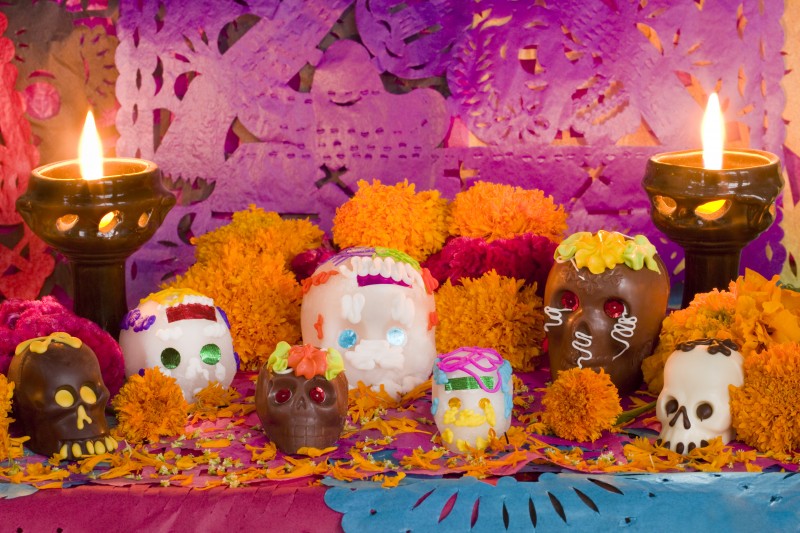 4. Frightful florals
They’re not the most obvious Halloween decoration, but flowers can create a wonderfully dark display. Try wilted roses in a matt black vase or a fake skull; spray-paint bare branches black to create spooky silhouettes; suspend seed pods or flower heads in specimen jars of tinted liquid; or keep your flowers fresh, but festoon them with creepy-crawlies. 5. Feathered fiends
Edgar Allan Poe and Alfred Hitchcock both knew it: birds are scary. Check out eBay or Amazon for artificial (but eerily realistic) ravens. Cluster in branches around the front door, or perch them in or on top of birdcages. 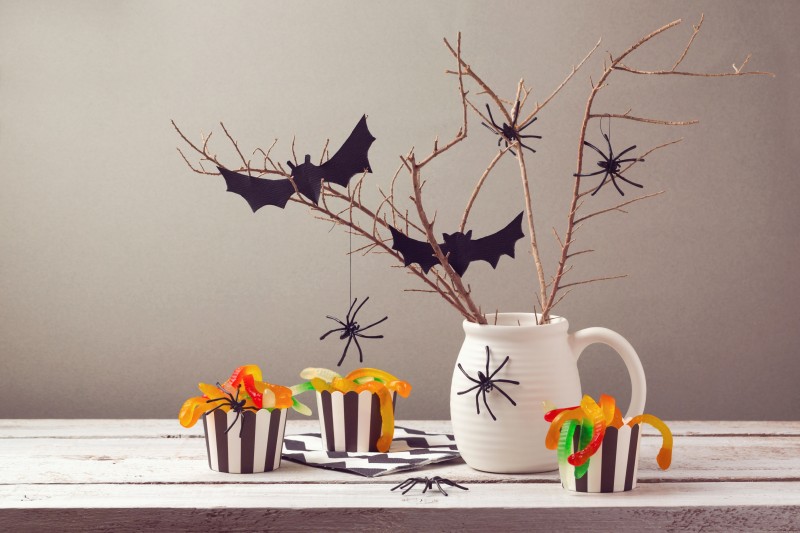 6. Creepy critters
Turn your home into a creepy house of crawlies by draping cobwebs from every surface – lengths of cheesecloth, cut and torn, look great; freeze plastic bugs in ice cubes; and glue wool in web patterns around glass jars for spooky votives. Don’t forget mammalian critters, too; download a bat template, cut the shapes out of cardstock and tape a colony of bats over the ceiling. 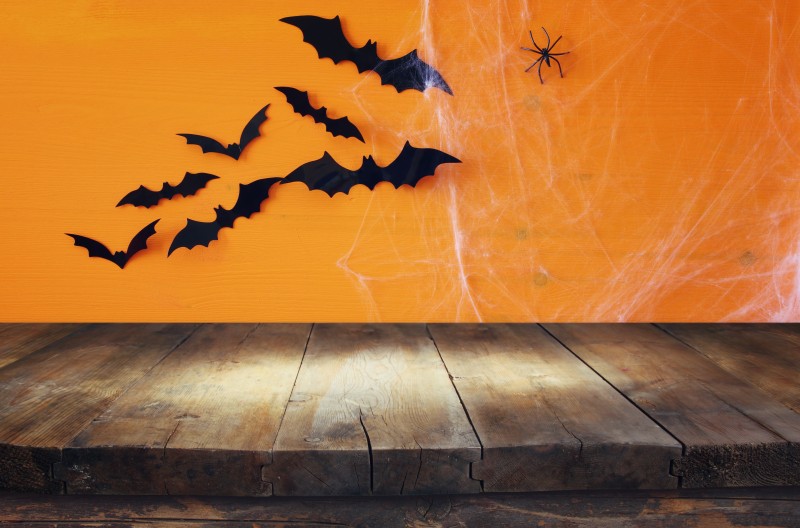 7. Día de los Muertos
Trade the usual Halloween spook fest for a vibrant Mexican Day of the Dead fiesta. Characterised by wreaths of marigolds and sugar skulls – highly stylised and often made of sugar – this is a joyous, colourful celebration. Create the look with a flamboyant juxtaposition of skulls and flowers. Think garlands of blooms (real or paper), sugar skull biscuits or even a buffet full of colourful lollies – the brighter the better! Add a piñata for fun.

For those with spectacular knife skills, pumpkin carving is a sure way to create a ghoulish centre piece or decoration for the house. Even better, you can bake a pumkin pie at the same time from the filling and decorate it with with white cobweb icing. 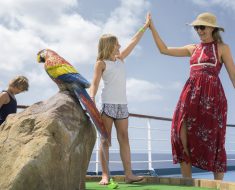 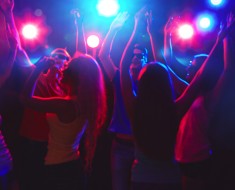